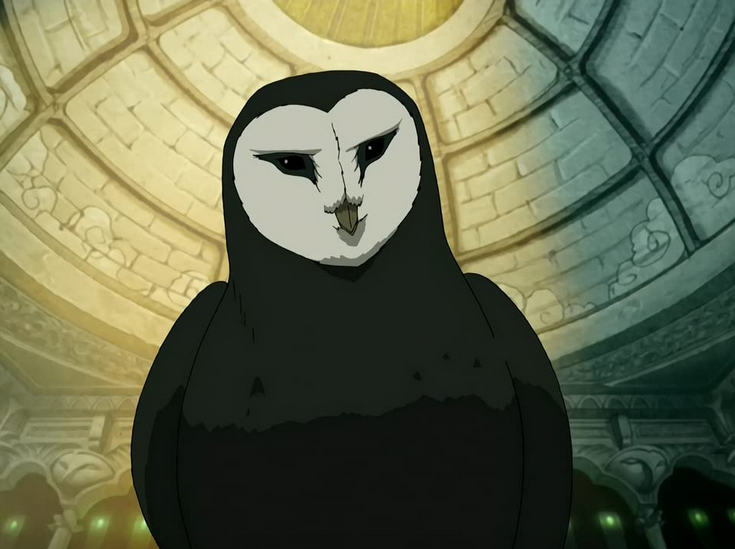 My first introduction to Avatar: The Last Airbender came this summer. I watched episode one sometime after midnight on May 27th, a few hours before my mom and I made an errand for my high school diploma. The show, a whip-smart and wide-eyed romp with unbeatable comic prowess, kept me going lo these long months––I nurtured my restraint and indulged in one episode a day (usually in the morning, though, as a recent graduate, my sense of ‘morning’ is rather nebulous). It took immense strength to close Netflix after every episode and not go further. I was persistently loathe to do so.

The middle chapter, a common enemy of us writer types, is one among many things the almost annoyingly superlative Avatar does extremely well. A great second act offers the viewer the chance to re-trod old ground and dredge up new treasures, from the surprising depths of familiar characters to revelations in theme. Of its three spirited, ambitious seasons, the second wins in my book: it challenges its characters to the utmost, it has an absolutely devastating finale, and it contains my favorite episode of them all, “The Library.” (Though the particularly strong run of stories that scaffold it provide the title with plenty of strong contenders.)

What makes “The Library” so special is a winning trio of plot elements all in top form and miraculous unity: well-matched character feeds rich theme fuels immaculate structure. Each of these qualities alone makes for a thought-provoking and involved viewing experience, but together, they make for a fascinating examination of knowledge, its value, and the ethics of its use.

It all starts, by my estimation, with the decision to place Sokka at the helm. He’s the brilliant/goofy side character to end all brilliant/goofy side characters, and though he spends a not-insignificant amount of time as comedic relief, the real substance of his character, as demonstrated in other episodes where he holds a key role, is knowledge. He progresses from being clever but inflexible to incorporating other perspectives and confronting obstacles adaptively––and where he progresses, he learns, both for the immediate benefit of an advantage, and for the benefit of learning itself.

Pragmatism, however, is what ultimately tips the needle on most of his decision-making, gifting us the subversive nerd, who doesn’t delineate between knowledge for knowledge’s sake and knowledge for the sake of practical gain. He’s both insatiably curious and shrewd, a combination that can sometimes obscure his intellectual bent, but, in the case of “The Library,” is precisely what allows it to shine.

These two seemingly disparate values are usually in harmony in our charming comedic figure: Sokka gets to figure out how things work for the fun of it and use his smarts to get the upper hand, but “The Library” does what all well-scaffolded stories do, and externalizes this potential intra-character contradiction, so that it isn’t just a character fighting for a goal (for Sokka, that’s intel on the Fire Nation), but opposing philosophies locked in struggle.

Though Sokka sees no problem with putting knowledge to use for human ends, Wan Shi Tong, the fearsome and imposing spirit guardian of a massive, supernatural library, very much does. Wan Shi Tong sort of embodies a noble academic impulse to preserve the sanctity of learning; to elevate it beyond the concerns of humans fighting to get the edge on one another. In fact, upon first encountering Sokka and co. as they make their way into the library, he raises objection to this explicitly, and only lets them in on the condition that they won’t abuse the riches stored there.

This, of course, is entirely contrary to Sokka’s plans, but the keen irony of this narrative is the fact that, in order to get access to the information he intends to use against Wan Shi Tong’s wishes, he has to sacrifice some integrity already––that is, he has to lie. The story never goes so far as to actually vindicate Wan Shi Tong’s pure, untouchable view of knowledge, but it does just enough to expose the fact that Sokka’s philosophy does involve a sacrifice in principles, which peppers the usually very black-and-white quest against an antagonist with delicious complications––this is present in a lot of Avatar: The Last Airbender‘s most memorable episodes, but here it also runs parallel to a fascinating dichotomy that has its roots in one of literature’s most interesting dualities.

As Friedrich Nietzsche describes in The Birth of Tragedy (a seemingly absurd reference for me to pull, but just trust me), the elements of Greek drama trend towards two extremes: the characters’ mortal toils and fatal flaws are Dionysian, mired in the muck of reality and excess, but the chorus are Apollonian, representing rationality, harmony––in short, perfection. Avatar has no chorus and it in no way fully plumbs the depths of human misery, but the sharp contrast between these two sensibilities is very much present in Sokka and Wan Shi Tong.

It’s this contrast that marks the ultimate tragedy of the episode––the library’s destruction. Wan Shi Tong, upon discovering Sokka’s intentions, ultimately decides to steal back the knowledge he provided to the humans who used it improperly, burying it under the sand for eternity. There’s no direct analogue for this in the real world, but it does have a degree of resonance: if we only value (and, to be frank, fund) intellectual endeavors that demonstrate some immediate practical use, we sort of hollow out the meaning of inquiry, eschewing the gifts bestowed upon us by generations of study for something undeniably a bit more…greedy.

This is obviously not to say that Sokka’s pursuit of intel represents this extreme––rather that careful attention to theme allows us to say about Wan Shi Tong the best thing that can possibly be said about an antagonist: the guy has a point.

Avatar: The Last Airbender is at its best when it incorporates this kind of complexity, playing with villains that aren’t quite villains and heroes that aren’t quite paragons, with fascinating implications and beautifully-rendered quandaries. Something to be savored, it rewards a good rewatch: I would know––I can’t stop.

What are your thoughts on Avatar: The Last Airbender? Have a contender for best episode? Tell me below ☟