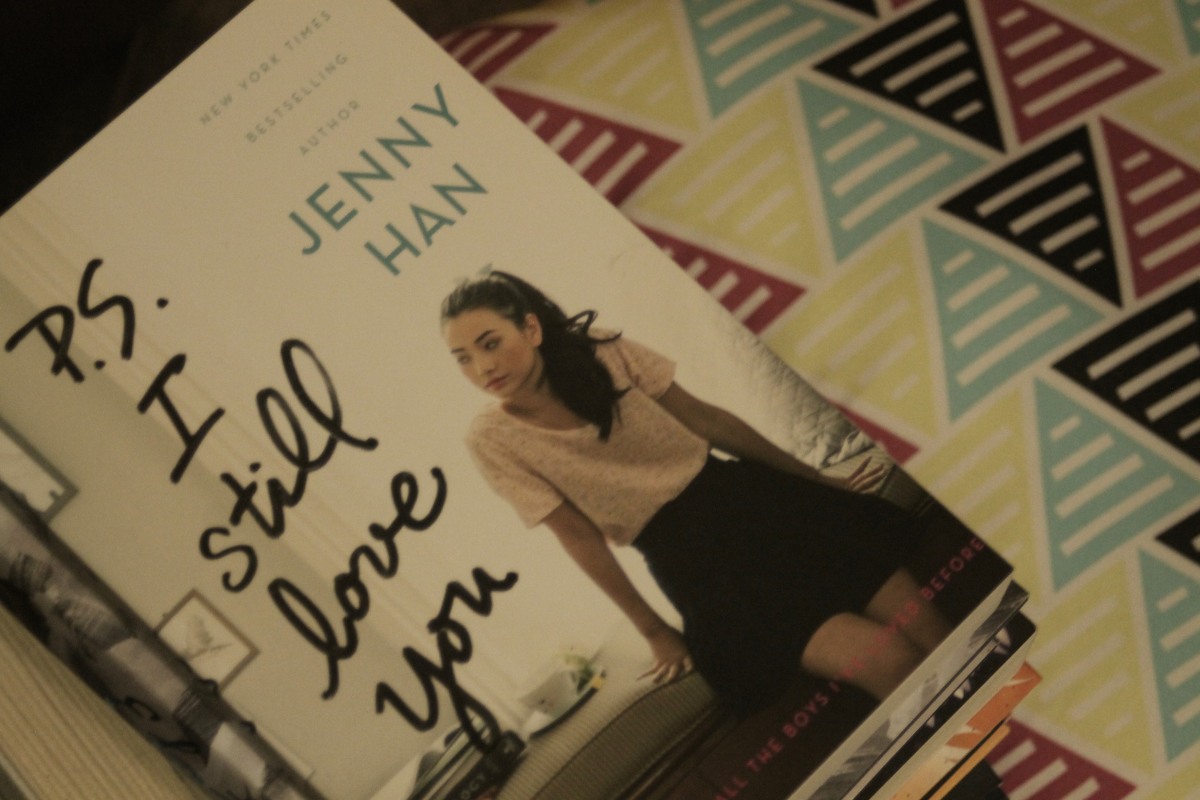 Jenny Han’s widely loved To All The Boys I’ve Loved Before introduces us to hopeless romantic and scaredy-cat Lara Jean Song Covey, who moons over her crushes in secret, terrified of little more than to have her feelings known. Letters, her charmingly analog method of wrangling her heart’s desires, are in order for every object of affection. Never to be read, they contain her vulnerabilities, longings, and deepest, most embarrassing secrets. They remain hidden in a hatbox, nestled in the recesses of her closet. Until they aren’t. Chaos ensues.

In the fallout of this disaster, To All The Boys I’ve Loved Before gives us fake-dating goodness, high school nostalgia, and a really genuine instance of character development––as Lara Jean emerges from her shell, we really want to root for her, and though a lot of her growth is romantic, it also manifests elsewhere, yielding a full portrait that, along with Han’s conversational, detail-oriented writing, feels real, albeit in a reality with brighter colors, warmer feelings, and far fewer dark nights of the soul.

By the time of P. S. I Still Love You, set in January and February of Lara Jean’s junior year (To All The Boys starts in September), Lara Jean is dating one of the recipients of the forbidden letters (Peter Kavinsky, a lacrosse player), close friends with another (Lucas, who she danced with at homecoming freshman year), and has reconciled things with a third (Josh, her neighbor, and sister’s ex-boyfriend). One letter met the wrong address and has since returned, but another’s whereabouts are still unknown, addressed to one nerdy and subdued John Ambrose McClaren, yet to garner a reply.

Some tension in the first act of the book arises from romantic misunderstandings between Lara Jean and Peter––for one thing, he’s still rather close to his ex, Genevieve, and for another, there’s a video of Lara Jean and Peter’s first for-real kiss going around on social media, and the rumor mill has latched onto word that it went beyond kissing, smacking the two with looks of suspicion from classmates, unsolicited words of advice from adults, and campus meme status, which, Han, for all of her allegiance to slightly outdated popularity- and mean girl-based school politics, manages to depict pretty faithfully.

This subplot, which was bumped back to the third act of To All The Boys in the 2018 film adaptation, provokes some petty drama among the characters that can feel trite on occasion, especially with regards to Genevieve, but Han often takes care to make sure it comes from a deeper place, and paints insightful pictures of all the interactions that build up to a big spat––all the little decisions Lara Jean makes when she’s with Peter, to let things slide, to swallow her objections––and it’s ultimately really convincing when the consequences of these moments add up, and boil over.

But the tension in P.S. I Still Love You, possibly as a symptom of YA’s early-2010’s love triangle boom, is at its best when yet another love interest is added to the mix, in the form of the missing fifth addressee, John Ambrose McClaren.

He enters the happenings rather late for a supporting figure so crucial, but the way Han offers him as a foil for Peter is well-suited to the task at hand, both in terms of personality, as a more observant, mild-mannered alternative to Peter’s boisterous, jockish sensibilities, and in terms of relationship progression, offering a squeaky-clean, early phase relief from the complications time has given Lara Jean’s relationship with Peter.

How Han resolves these contradictions makes sense for her goals and for Lara Jean’s needs as a character, but she neglects to give both relationships proper time for their culminations. Instead, the third act of P. S. I Still Love You feels like it’s been slashed through the middle and hastily stitched together in the aftermath. After making a key decision, Lara Jean has time to feel only fleeting regret before going back on it, her connection with John doesn’t have enough space to mature, and things overall get resolved in a hurry, as if P. S. I Still Love You is trying desperately to alienate itself from uncertainty, even though that same uncertainty is what made its predecessor so rich.

But it has one particular element to its name that does give it an ever-so slight leg up. With John Ambrose’s reply comes the bitter pang of nostalgia––Lara Jean, Peter, John Ambrose, and Genevieve all used to be friends back in middle school, and Han pays the most compassionate, delicate attention to the painful fraying of these bonds, particularly for someone as prone to living in the past as Lara Jean. As in everything else that makes this series so delectable, it’s all in the details. The buried time capsule. The friendship bracelets. The words left unsaid.

Tell me what you think! Hit me up in the comments☟
Next week: I go off about Avatar: The Last Airbender.

Pippin Hart read Jane Eyre when she was sixteen, and will spend the rest of her life chasing the high. View all posts by Pippin Hart